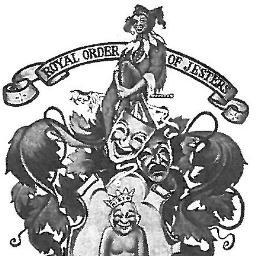 About Royal Order Of Jesters

Founded in 1911, the Royal Order of Jesters functions in connection with Freemasonry and the Shriners. The organization exists for the encouragement of laughter and fun in leisure time, as evidenced by the motto “Mirth is King.” The Royal Order of Jesters draws its name from the licensed court fools in medieval times known as jesters, who not only amused the patrons whom they served, but also assisted in intellectual and cultural development.

When the founding members gathered in Hawaii on February 20, 1911, they chose the name of the Royal Order of Jesters to build upon this history and to set the tone for the organization. Led by Noble A.M. Ellison, the original members, known as a cast, consisted of 13 Shriners headed to Aloha Temple on a pilgrimage. The meeting took place in the Captain's Office aboard the S.S. Wilhelmina after a Testimonial Banquet hosted by the ship's captain and officers.

In addition to the brotherhood aspects of the organization, the International Royal Order of Jesters maintains a museum in Indiana where it showcases historical articles. These range from items associated with the history of the order itself to pieces related to the work of humorists from the past, including William Shakespeare.